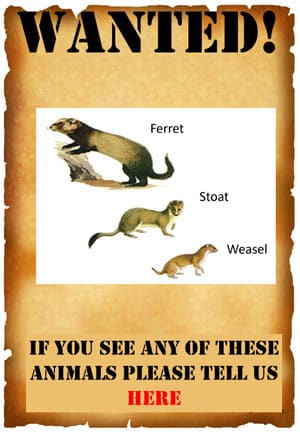 It’s great to see the article in our local paper about the start of the Predator Free Waiheke project. (Gulf News, 24 Nov 2016, p 20 – not currently available online)

The Hauraki Gulf Conservation Trust, DOC and Auckland Council, together with Predator Free NZ, whose chair Sir Rob Fenwick lives on the island, are collaborating to bring this project into reality.

As the most heavily populated offshore island in the country, and surrounded by many island sanctuaries, we have the opportunity to model what Predator Free NZ could look like.

“Waiheke is blessed with a well-motivated, independent community that tries to solve its own problems,” Sir Rob told the Gulf News. “An example is the landmark agreement between local SPCA and Forest & Bird committees on guidelines for responsible management of cats. Elsewhere in the country, this remains a difficult and emotionally charged issue. On Waiheke, the two groups agreed the outcome they wanted and planned how to get there. I’m convinced the Waiheke community is up for this – from permanent residents, to weekenders, from urban communities in the west to farmers in the east.”

So far, 150 stoat traps have been moved into the pilot area (Whakanewha to Onetangi), and next year work will be done island-wide on rats.

We will be supporting these efforts and look forward to being part of something very special.

Getting kids hooked on nature

By using Terra & Tide, you accept our use of cookies.
OK